June 18, 2018 – During 2018, CDF as the leading partner of the program, together with NGO Integra, ICK, CCPA-Kosova and Columbus Institute, organized several sports activities for the youth in these two cities. In June, a football tour was organized in Kaçanik where 15 elementary and secondary schools participated with their teams, including 2 girl teams.

Similar football tours were organized until the end of the year and the increased number of participants didn’t even stop while the temperatures outside were minus.  When asked about the tour, the director of the organization CDF, Ms. Nermin Mahmuti expressed that she was even prouder at the end, when the number of girl teams increased from 3 to 9. 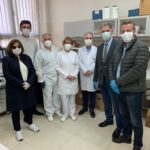 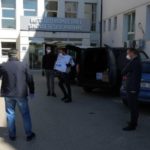